The gold rushes brought many German-speaking people to Victoria, but their arrival didn't result in any new closed German-speaking settlements because it was natural for gold-seekers to move around a lot, and when they finally settled down, if they didn't leave Victoria, they usually had non-German-speaking farmers around them. Nevertheless, as mentioned below, there were so many Germans in some of these towns that they formed clubs and built Lutheran churches etc.

By 1864 there were about 13 German Associations (Vereine) amongst Victoria's gold field towns. These were mainly towns around which German ex-diggers had settled when the land acts of the early 1860s allowed people to select land for small farms. In his article "The Deutsche Vereine of Victoria in the Nineteenth Century" Tom Darragh has described regional Vereine in the following towns and villages: Ballarat, Maryborough, Avoca, Creswick, Taradale, Beechworth, Castlemaine, Talbot, Smythes Creek (south of Ballarat), Majorca, McCallums Creek, Bendigo, Middle Creek (or Baranduda, near Yackandandah), and Tarrangower (Maldon). Maldon also had a Turnverein or gymnastic club, which appears to have been the first Turnverein established in Victoria. Friedrich Courtin, founder of the Maldon Verein, was Victoria's first mayor of German origin when he became Mayor of Maldon in 1860. Maldon was the only country Verein to have its own building (September 1857); other country Vereine usually met in a reserved room in a hotel owned by a German. 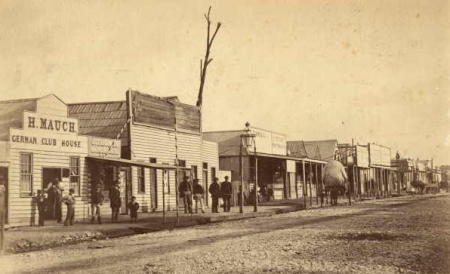 The Ballarat Deutscher Verein had its library at the Dutch Harry Hotel; it consisted of nearly 2000 books. Some Vereine established a Krankenkasse (sickness benefits fund) for their members. Some of the regional Vereine lasted only a short time, while the Ballarat and Bendigo Vereine continued past the year 1900. 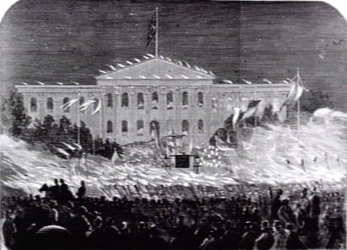 (Copy of Tom Darragh's article "The Deutsche Vereine of Victoria in the Nineteenth Century" available from D. Nutting.)