"We know that Germans were with the First Fleet, opened the earliest hotels, financed the first businesses, gained some of the earliest land grants, were among the first to explore the unknown areas, and occupied high positions in law, culture and science." 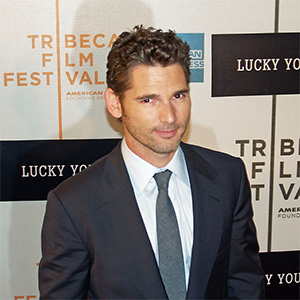 Eric Bana - at the premiere of the film Lucky You in May 2007 in New York City.
Wikimedia Commons / David Shankbone.

German-speakers have played a role in significant developments in Australia, including:

Descendants of German-speaking immigrants have been prominent in many social, economic and cultural areas of Australian life, ranging from entertainment to politics to science to sport, for example:

There have been five main phases of German-speaking immigration in Australia:

In reference to the Australian Census statistics of 1921, Professor Augustin Lodewyckx (University of Melbourne) wrote in 1932: that the figures allowed the conclusion that about 80% of the Germans in Australia were farmers and property owners or at least associated with farming. He found this interesting considering that at least about half of Australia's population was living in the six capital cities of the six states.

The academic Jürgen Tampke concluded in 2006 that about 75% of the Germans who arrived in Australia in the second half of the 20th century settled in the capital cities of the various states.

Although the early German settlers were found in all parts of Australian society, some settlements (especially in S.A. and Queensland) developed in which German customs and traditions were very strong in the community. In these settlements the Germans' membership of the Lutheran Church strengthened their community spirit.

German immigrants have made a large contribution to Australia's economic and cultural life.

Australia's national cricket team celebrates a great achievement by the Tasmanian Ben Hilfenhaus in a Test match against South Africa, and a newspaper makes a word pun with his German name in the caption.

Australian football commentators have even noticed the number of German-descended players in the Australian Football League (AFL). On 18th May 2014 during the second quarter of the game between St Kilda FC and the Gold Coast Suns FC, ABC Radio sports broadcaster Adam White commented that if Adam Schneider of St Kilda FC had not marked the ball, then his teammate Nick Riewoldt had been well-placed to mark the ball instead. Adam White’s co-commentator then said: “It’s like a German front-line: Riewoldt, Schneider!!”

Maybe you can think of other sportsmen and sportswomen...